Jack McNiven and his brother, Don have owned and operated the esteemed breeding farm Killean Acres in Ingersoll, Ontario, for over 40 years.

The farm’s stallion roster included three of the leading stallions in the province, Frisco Byrd, Dallas Almahurst and 2006 Hall inductee Run The Table, who has sired winners of over $90 million. Killean’s broodmare roster consisted of 20 mares whose offspring have earned nearly $9 million, 46 with records of 1:57, 26 with records of 1:55, and 11 with records of 1:53.

McNiven,  is highly respected as an industry leader for his innovative approach in the art of preparing yearlings for Standardbred sales. He’s also a motivational figure in harness racing and has been recognized for all his contributions to the industry.

McNiven is a past winner of the Canadian Standardbred Horse Society’s Achievement Award, the Harness Horse Youth Foundation’s Service to Youth Award for inspiring and promoting racing and Standardbreds to young people, and a recipient of the Lloyd Chisholm Achievement Award presented by the Ontario Standardbred Breeders & Owners Association. 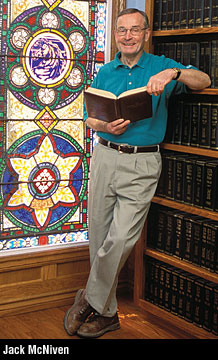