Armbro Emerson’s outstanding career on the racetrack and exceptional career as a sire and broodmare sire have earned him the recognition to be inducted into The Canadian Horse Racing Hall of Fame.

As a racehorse the son of Abercrombie won 27 races and $1.47 million in earnings during his three-year career on the track.

He was lightly raced at two and during his three-year-old campaign he blossomed, winning 14 starts and $937,872. He attracted international media attention when he won 11 of his three-year-old starts in races like the Prix d’Ete, Dancer Memorial, Mac Farlane, Geers, Youthful legs, and New Faces to name a few.

In 1987, as a four-year-old he won the Breeders Crown in the fastest mile time in the history of Roosevelt Raceway and also won the Stewart Fraser Memorial. He concluded his racing career by winning an elimination and the final of the William Haughton Memorial at Yonkers. Armbro Emerson won 9 of 15 races at four and over $512,000 to bring his lifetime earnings to $1,472,590. He was voted Aged Pacer of the Year in both Canada and the United States for 1987.

Armbro Emerson’s long and successful stud career was completed entirely in Ontario. From 1988 to 1992 he stood at Armstrong’s and from 1993 to 2001, Emerson stood at Shady Hill Farm in Durham, Ontario. 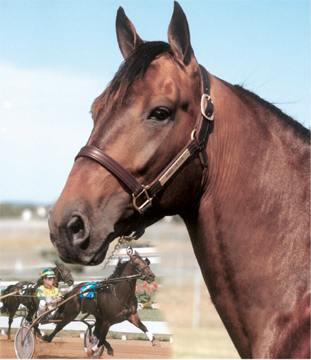 Armbro Emerson’s record as a broodmare sire is impressive as he has sired the dams of winners of numerous stakes including Classic Wish, the dam of Triple Crown champion No Pan Intended who earned over $1.6 million, and Bettors Delight, winner of the Little Brown Jug, North America Cup, and Breeders Crown, enroute to $2.5 million in earnings.

Armbro Emerson died in October 2002 at the age of 19 but has left a legacy of excellence both on the racetrack and in the breeding shed. 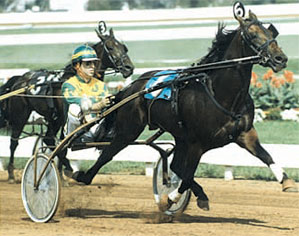