An exceptionally talented racehorse during the 1970s at Woodbine, Norcliffe added more lustre to his stature during an abbreviated but impressive career while standing at stud in Florida and Kentucky. The flashy bay colt by Buckpasser was North America’s leading juvenile sire by number of wins and second in earnings in 1981 and later surpassed Nodouble as Florida’s top sire. Owned by Lt. Col. Charles Baker, who bought him for $80,000 at the Saratoga Yearling Sales, the colt was trained by Roger Attfield and ridden by Jeff Fell. He captured the 1976 Queen’s Plate, Prince of Wales and was named Canada’s Horse of the Year. Voted champion Older Horse the following year, he accomplished a feat no other horse has ever managed by completing a unique triple – winning the richest race for Canadians at ages two, three and four – the Coronation Futurity, the Queen’s Plate and the Canadian Maturity. 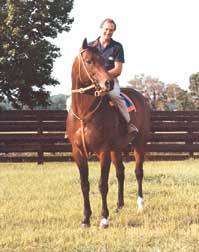 Nine of his 14 victories came in stakes races. Twice he won the Carling O’Keefe Invitational Handicap and was first, second or third in 25 of his 33 starts. One of his impressive efforts was in the Coronation Futurity of 1975 when he was clocked in 1:49.1 for 1 1/8 miles, a record that still stands for the 2-year-old stakes event. Norcliffe also holds Woodbine’s track record for 1 1/2 miles, 2:29.1, set in 1977 while winning the Carling O’Keefe Handicap. Norcliffe gained added respect in the Nassau County Stakes Handicap at Belmont, N.Y., that year when he was beaten less than a length by the legendary Forego.

Fell, who was in the irons when Norcliffe broke his maiden by 16 lengths, predicted the following spring he would win the Plate and told friends to ignore the colt’s fourth-place finish in the Toronto Cup. The crowd made Attfield’s colt the 8-to-5 favorite. Attfield, however, was concerned before that race that the colt’s training schedule had been changed because of a bruised foot. “It put me off key a little bit on how to bring him to the race. I had to race him three weeks in a row at a mile and a 16th, which usually wouldn’t be my ideal way of bringing a horse up to the Plate. This is a funny game. If I get beaten, I’m wrong. I won, so I did the right thing.” 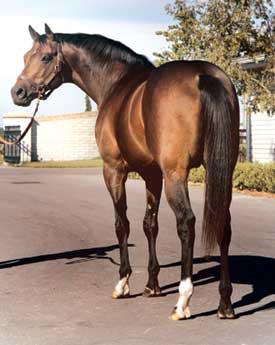