If there’s a trotter heading to the winner’s circle with the surname Hall, and he looks like a champion, you can be almost certain he’s by the outstanding sire Garland Lobell. Are you familiar with Angus Hall, Cameron Hall, Conway Hall, Andover Hall and Canland Hall? All were sired by Garland Lobell, who had a respectable racing career but it was in the breeding shed where he truly excelled.

The son of ABC Freight and Gamin Lobell was purchased for $7,200 at the 1982 Liberty Bell yearling sale by Ricardo Saccomania and his brothers. The colt won 14 of 63 starts and over $345,000, and won the first heat of the 1984 Kentucky Futurity in a stakes record 1:55.3. Following his racing career, Garland Lobell distinguished himself as a stallion in Quebec and the United States. In Quebec he helped improve the trotting mare stock and produced several North American and European champions. He experienced early success at Glencoe Farm for a fee of $2,000. Garland Lobell moved to Les Écuries SOS where he stayed for eight years and left an indelible mark on Quebec racing. The earnings of 87 foals from his last Quebec-bred crop totaled nearly $5.7 million. 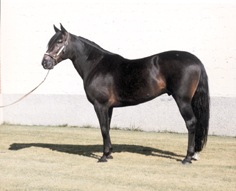 In 1995, Garland Lobell was moved to New York after Saccomania sold a half-interest in him for $500,000. His impact was immediate as he became the leading trotting sire in the state. He stood there for two years before being transferred to Kentucky. In 1998 two full brothers and a half sister, all sired by Garland Lobell, raced on the same card and all earned money. They were Conway Hall, Angus Hall and Canland Hall. His offspring, which include 143 $100,000 winners, have won numerous stakes, Breeders Crowns and include $2 million winner Cameron Hall, Hambletonian runner-up Angus Hall, World Trotting Derby champion Andover Hall and Conway Hall, North America’s champion 2-year-old colt.

Angus Hall, now a stallion himself, led all Ontario sires in 2004 with offspring netting $2.6 million in OSS events. As of 2006, Garland Lobell’s offspring include 609 starters of racing age and have earned more than $46 million. 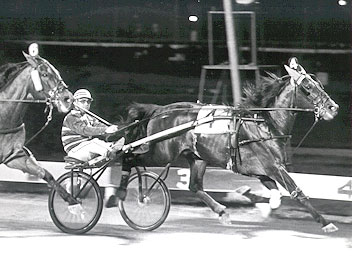