Stew Firlotte was involved in harness racing for over 30 years. He started out by grooming horses in 1970 and six years later opened his own public stable. The initial $1,500 investment put up by him and his partners blossomed into a $4 million corporation including part ownership in the 1982 Triple Crown pacing champion, Ralph Hanover, a winner of over $1.8 million. A native of Noranda, Que., Firlotte is best known for his mastery of one of the most challenging aspects of the sport, breaking and developing yearlings. Until his retirement he was considered one of Canada’s greatest harness trainers.

In 1989, Firlotte campaigned the sensational juvenile filly Town Pro, a world champion who won 12 of 13 starts, including the Breeders Crown. The following year the Big Towner filly won 14 of 17 and over $416,000. Her on-track performances were recognized with divisional honors for both her two and three-year-old campaigns in Canada and the U.S. She retired at the end of 1992 with 40 lifetime wins and $1.2 million in earnings and was inducted into the Canadian Horse Racing Hall of Fame in 2004. Historic and His Mattjesty were the other top horses for Firlotte. Historic won the Metro Pace and retired at the end of 1996 with $1.3 million. His Mattjesty was the stable star in 1996 and enjoyed a stellar season as he was the sport’s leading money winning two-year-old with over $804,000. He retired with over $1 million in earnings. 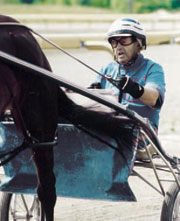 Other noteworthy stakes performers that he developed and conditioned include A M Playgirl (221,815), Brees Brief ($535,027), Digger Almahurst ($371,000) Headline Hanover ($500,000), Mattduff ($360,000), Rare Review ($773,000), Strong Clan, winner of the 1997 Canadian Pacing Derby and over $663,000 lifetime, Programmed and Articulator. In a sport that he pretty much dominated in Ontario in the early 2000s, Firlotte was slowed down with ill health in 2002. His accomplishments, whether with the U.S. pacing Triple Crown winner Ralph Hanover, or in the Ontario Sires Stakes year after year, were many and significant. When he retired following the 2003 season he had 818 career training wins and purse earnings of almost $13 million.

Stew’s professionalism, commitment and longevity of top-level performance are evidenced not only in his success on the racetrack, but also in his placing of stallions, selling a record price broodmare, and the success of his protégés, Blair Burgess Steve Gilmour, and Doug Brown who drove all his horses. 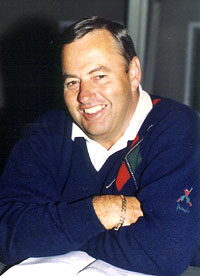