Classy ‘n Smart was an outstanding filly who captured the Canadian Oaks as well as the Fury, Bison City and Ontario Colleen Stakes en route to earning a Sovereign Award as Canada’s champion 3-year-old filly in 1984. Unraced at two, she developed into a versatile performer, winning at varying distances over both fast and sloppy tracks and on the grass. The daughter of Smarten and Hall of Fame mare No Class won five of nine starts and was second on three occasions for trainer Jim Day and owner and breeder Ernie Samuel of Sam-Son Farm. However, Classy ‘n Smart’s most significant contribution to Canadian racing has been as a broodmare.

Take a look at the accomplishments of her sons and daughters! She is the dam of Dance Smartly, a member of both the Canadian and U.S. Halls of Fame; an Eclipse and Sovereign Award winner; Horse of the Year in 1991; winner of Canada’s Triple Crown and the first Canadian-bred to win a Breeders’ Cup – The Distaff Stakes in 1991. Classy ‘n Smart is also the dam of Gr.1 stakes winners Smart Strike and Full Of Wonder and Gr.2 stakes winner Strike Smartly. Smart Strike is the sire of Sovereign Award champions Portcullis, Added Edge and Soaring Free, whose earnings exceed $1 million. Smart Strike’s stakes winners in 2004 included Eye Of The Sphynx, who earned more than $600,000 while winning the Selene, Fury and Canadian Oaks.

Classy ‘n Smart earned a Sovereign Award as the Broodmare of the Year in 1991. She is also the granddam of Queen’s Plate winners Dancethruthedawn and Scatter The Gold, and Sovereign Award champion Hello Seattle, 2-year-old filly of the year in 1999. When informed of the induction of Classy ‘n Smart into the Hall of Fame, Tammy Samuel Balaz, who took over the operations of Sam-Son Farm following the death of her father, Ernie, in 2000, said “I’ll have to go and tell the girls in the broodmare barn. I’m sure they’ll be impressed.” Classy ‘n Smart died in 1999. 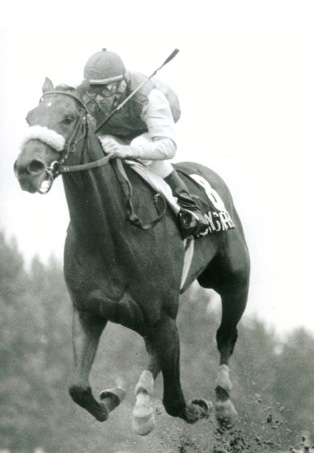