A Sovereign Award winner in 1996 and one of the leading graded stakes-winning sprinters in North America in the 1990s, Langfuhr each year has ranked among the continent’s dominant sires. His reputation as one of the elite sires in North America gained considerable recognition in 2003 when his top performers were Canada’s Horse of the Year and Triple Crown winner Wando ($2.1 million) along with multiple stakes-winner Mobil ($1.6 million). In 2004 one of his sons, Imperialism, finished third in the Kentucky Derby after capturing the San Vincente and San Rafael Stakes, was second in the Santa Anita Derby and went on to earn more than $1 million. Another son, Imperial Gesture, earned $1.4 million. Langfuhr was the leading sire in North America by number of winners in 2005, including 14 stakes winners, one of which was Jambalaya, and had one of the favorites for the 2006 Kentucky Derby in Lawyer Ron, a multiple stakes winner with earnings of $1.2 million. Owned and bred by Gustav Schickedanz of Schomberg, Ont., Langfuhr is by Danzig, one of Northern Dancer‘s brilliant sons. Langfuhr’s racing career was as spectacular as his achievements at stud. Unraced at age two, Langfuhr broke his maiden for trainer Mike Keogh at Woodbine in April, 1995. Helater was beaten by a nose in the Plate Trial Stakes. In 11 starts at age three he won three races and was in the money in eight of them. At age four he blossomed into one of the leading sprinters and middle distance performers on North America’s toughest stage, New York, when he won the Gr.2 Forego Handicap and the Gr.1 Vosburgh Stakes. 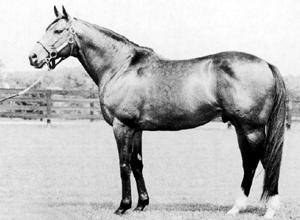 In 1996 he earned a Sovereign Award as Canada’s champion sprinter. The following spring he began his 5-year-old season at Woodbine with a second-place finish in the Vigil Stakes before heading to the U.S., where he added two more Gr.1 events to his collection by capturing the Carter Stakes at Aqueduct and the Metropolitan Stakes at Belmont. Langfuhr’s career was cut short shortly afterwards when Keogh discovered a slight filling in his left foreleg following his back-to-back wins in New York and was retired with nine wins in 23 career races. 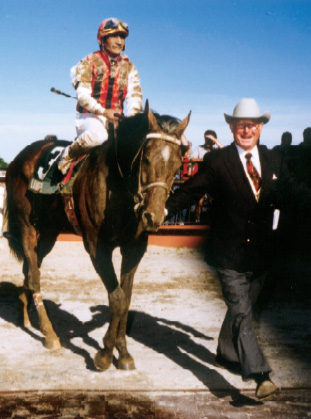