During his lengthy racing career, which lasted until he was 12, Goodtimes was often depicted in less than complimentary terms – like “bridesmaid”, “grinder” or the “Rodney Dangerfield of harness racing”. Despite being one of the most consistent and talented trotters, the gelding did not receive the same kind of respect or attention bestowed upon his contemporaries. However, this didn’t really bother his owners, John Bax, who trained him, and John and Barbara Cooper of Peterborough. They were proud and thrilled every time he raced, especially against the big boys on the Ontario circuit, New Jersey, Illinois and Ohio or in Sweden, when he was Canada’s representative at the Elitlopp in Stockholm, where he finished third.

Goodtimes retired as a world champion in 2003, the richest Canadian-bred trotter in history with 50 victories and career earnings of $2.2 million. At age eight (in 1999) he finally earned his first O’Brien Award as Canada’s Older Trotting Horse of the Year. It wasn’t that Goodtimes did not deserve recognition for his years of challenging the best horses of his era. But it seemed at times that his career nemesis, Glorys Comet, would always be in the field of starters, and at the top of his game. Goodtimes passed the $1 mllion mark in earnings in 1998 on the night he ran second to Glorys Comet. Dave Wall, who drove him more than 100 times, said: “They’ve raced against each other many times before. If he’s on his game, he wins, and if we’re at our best, we beat him.”

Goodtimes certainly was one of the best-bred trotters in Canada. He was by Balanced Image, and out of a mare by Dream of Glory, who for years was the dominant trotting sire in the province before Balanced Image assumed that role. Purchased for $19,000 at the CSHS yearling sales by Bax, who sold a half interest to the Coopers, Goodtimes earned many positive accolades during his 11-year career. He was productive at ages two and three, winning stakes races, and at four won the Horsemen’s Trot final and finished third in the Breeders Crown. Over the years he set a Breeders Crown record with five appearances. He was sidelined at five with a cracked pastern but showed no ill effects when he returned to the track. His accomplishments as an aged trotter included winning the Frank Ryan Memorial at Rideau Carleton three times, the Maple Leaf Trot, Classic Series Trot and the Trotting Classic. In winning his third Ryan Memorial he trotted to his lifetime record of 1:53.3, a world record on a 5/8ths-mile track.

Goodtimes’ popularity transcended the track. In retirement he was engaged as an “ambassador” for harness racing at numerous equine events, including appearances at OSS races and participation in a Green Road Horse class at the Royal Winter Fair in Toronto.

On December 4, 2022, Bax Stables announced the classy trotter had been laid to rest at age 31. 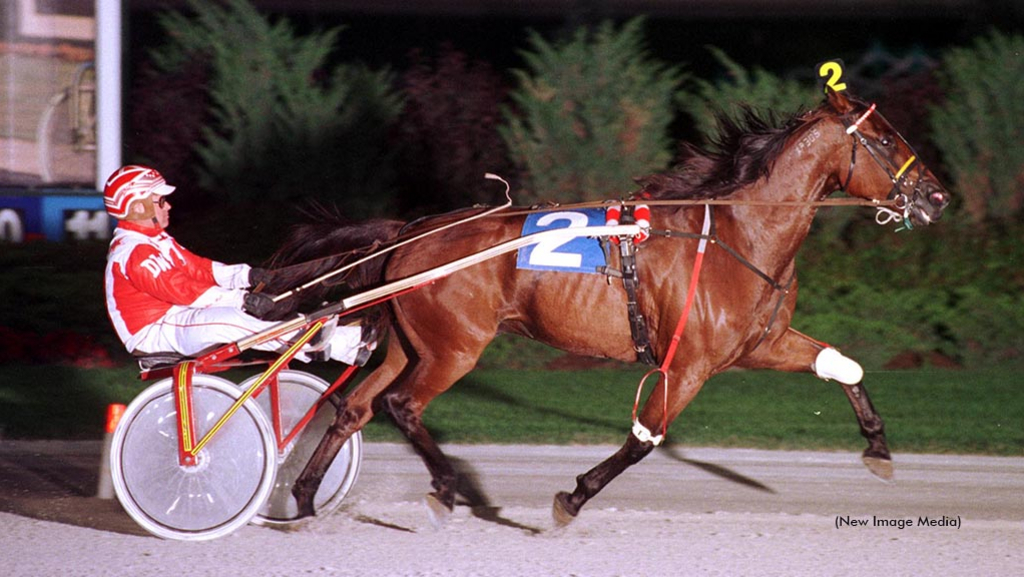