Tracing of standardbred bloodlines in North America was made possible by American John H. Wallace, “the father of record keeping and standardization of the North American Harness Horse World.” The first edition of Wallace’s American Trotting Registry, the forerunner of Sires and Dams, was published in 1867. The name “standardbred” resulted from a certain standard (2:30 at a distance of one mile) which a trotter or pacer had to achieve to be included in the register.

While Wallace received most of the credit for creating the breed, he was ably assisted by Prince Edward Island native Leslie E. MacLeod. MacLeod came up with the idea of compiling an annual summary of harness races in North America. This led to the inauguration in 1885 of Wallace’s Year Book, which contained all the summaries for that season. The 1886 edition was expanded to include the “Table of Fastest Records.”

An associate of MacLeod was the legendary turf writer John Hervey, who wrote in The American Trotter that: “These tables… were not the work of Wallace, but of Leslie E. MacLeod, a young man from Nova Scotia who had joined the force of compilers… and was exceptionally gifted in that line of work. He also showed himself a brilliant writer and capable critic of both breeding and racing- so much so that Wallace … made him an associate editor of the Monthly and in effect his deputy and personal representative… MacLeod did much of the work upon Wallace’s well-known book, The Horse of America. Born in 1862, MacLeod died in a New York hospital at age 37 in 1899. 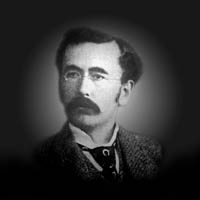