Foaled on September 1, 1915, at the farm of Samuel J. Boyle of Fredericton, New Brunswick, Bill Sharon has endured as one of the greatest trotters bred in the Maritime Provinces. The chestnut stallion was a racing legend throughout the Maritimes and attracted huge crowds wherever he raced.

After going undefeated in his first two seasons at 4 and 5, he was sold to American interests for $25,000, then a record price for a Standardbred sold in Canada. On August 17, 1922, at Narberth, Pennsylvania, Bill Sharon had his most memorable race against world-class trotters such as Peter The Brewer, Taurida and Great Rose, winning in three straight heats in 2:05 1/4, 2:04 1/4 (his lifetime best) and 2:06 1/4. The 2:04 1/4 was a record for Canadian-bred trotters. His 1922 Grand Circuit card included 11 races of 31 heats duration. He won 12 heats, was second 9 times and third once and entered the exclusive list of 2:10 trotters.

In seven seasons, Bill Sharon had 29 starts of 92 heats with 58 wins. He finished among the first three in 90 percent of his races. He set two Canadian records and more than a dozen track records. He was the second Standardbred in Atlantic Canada to enter the 2:10 list, the first in 2:05 and the first Maritime-bred to trot or pace a mile better than 2:05 on any North American Track.

After the second heat of his final start, in 1928 at Woodstock, N.B., Bill Sharon dropped dead. He was buried in the infield of the track which now lies at the bottom of the Saint John River as the result of the area being flooded by the construction of the giant Mactaquac hydro-electric project in 1967. In his Canadian races, Bill Sharon was driven by Peter Carroll who is regarded as one of the “Greatest Reinsman” to perform in the Maritimes. 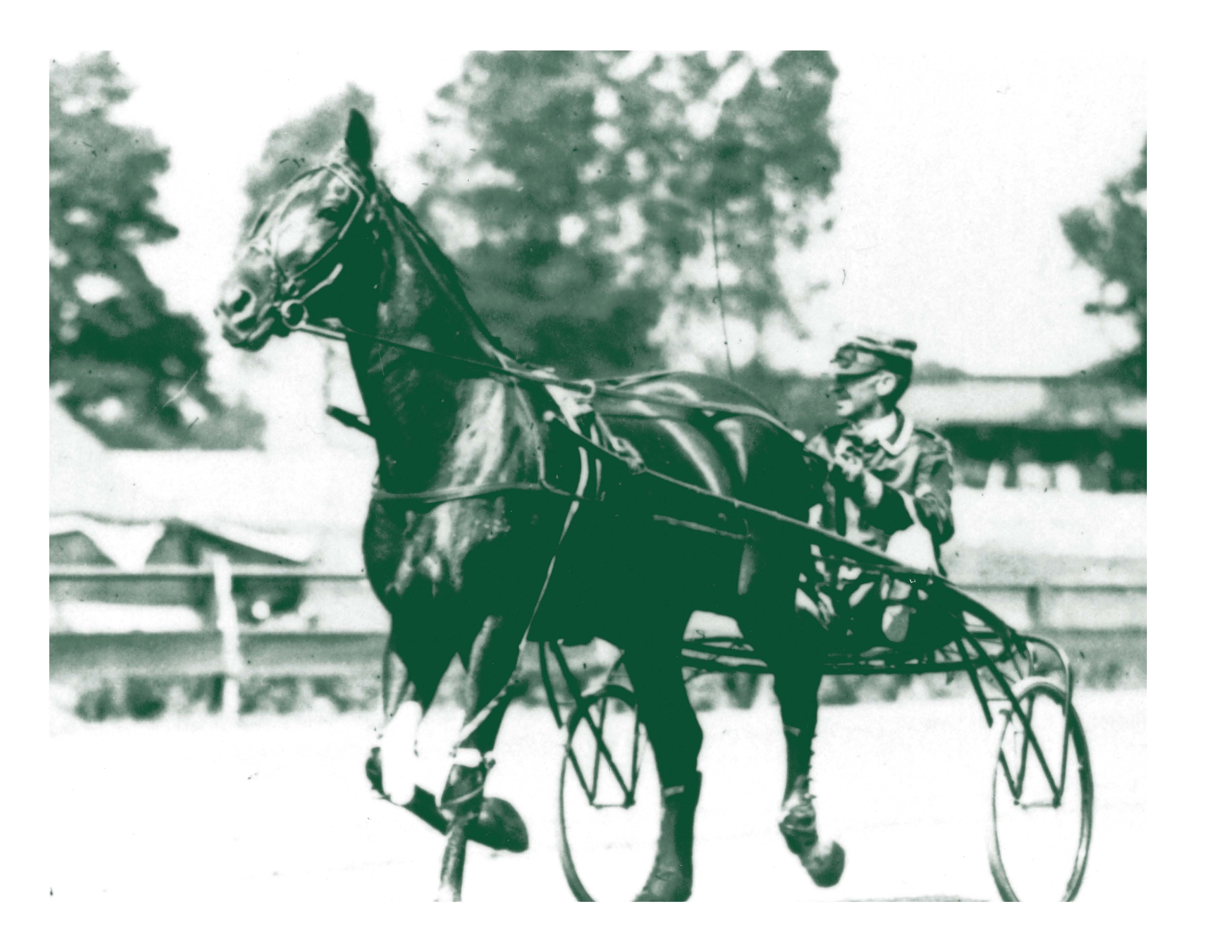