Winner of Canada’s Triple Crown and the Molson Export Million, the gray son of Icecapade-Shy Spirit earned almost $2.5 million in 1990 when he established a single-season money earnings’ record for a Canadian- bred three-year-old. Only Unbridled, winner of the Kentucky Derby and Breeders’ Cup Classic, earned more money in North America than the Kinghaven Farms’ colt.

Bred by Kinghaven and trained by Roger Attfield, Izvestia started twice as a juvenile, breaking his maiden at Woodbine. He was second in his first start as a 3-year-old at Gulfstream, but then flashed impressive form on the turf at Keeneland, winning the Transylvania and Forerunner Stakes at the Kentucky track. “I knew he (Izvestia) had a great deal of ability, but after he won those two stakes so impressively at Keeneland, I began to think he could sweep the Triple Crown too,” said Attfield.

Izvestia arrived at Woodbine in May, winning the Heresy and Plate Trial stakes and was the overwhelming favorite in the Triple Crown, capturing the Queen’s Plate, Prince of Wales and Breeders’ Stakes. A win in the Molson Export Million, against U.S. colts, extended his streak to eight. He finished the season with losses in the Jockey Club Cup and Breeders’ Cup Classic at Belmont.

Izvestia won three Sovereign Awards in 1990 – Horse of the Year, champion 3-year-old and turf champion. He won his first two starts at age four, taking the Canadian Club Handicap on the grass at Gulfstream and the Eclipse Stakes at Woodbine. They would be his last wins before a tragic conclusion to an exceptional career. Competing in the Rothmans International at Woodbine he suffered a broken leg in the early running and was put down after being vanned off the track. Izvestia won 11 of 21 races and was in the money in four other starts. 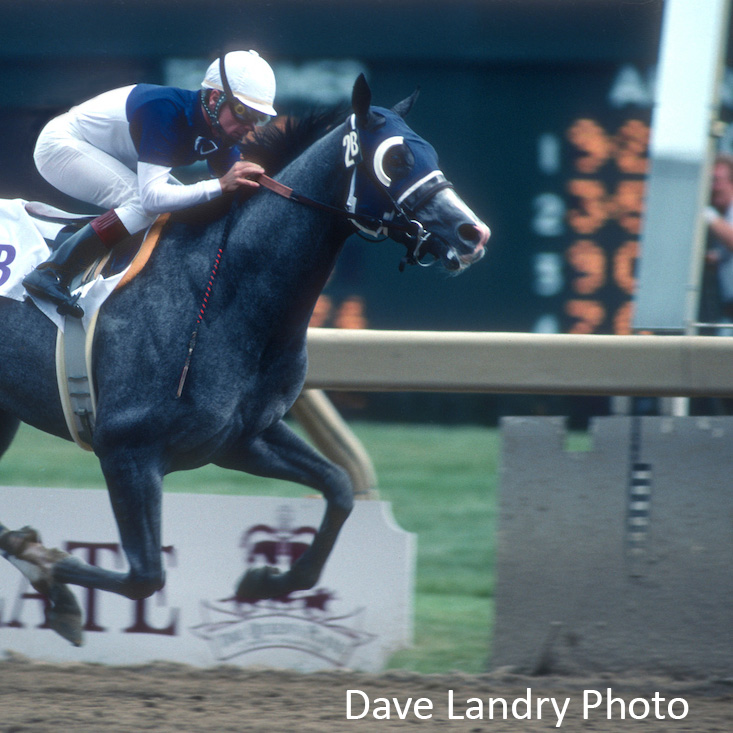