Dedicated. That word describes the 50-year career of Dr. Roly Armitage in the sport of harness racing. He had many roles in the sport – veterinarian, breeder, owner, administrator and racetrack manager. Since returning from World War II, where he served with the Royal Canadian Artillery, Dr. Armitage has been a force in horse racing, serving as president of the Canadian Trotting Association (1974 -1980) and the Canadian Standardbred Horse Society (1972 -1974. Along with the late John Hayes, Dr. Armitage was instrumental in introducing electronic eligibility to the sport, putting Canada on the leading edge of technology in horse racing. His great foresight allowed him to advocate the move to eliminate hub rails after attending the World Trotting Conference in 1981 and he was also a strong proponent for the freeze branding identification technique that came to be employed by the breeding industry. 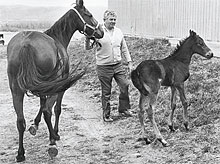 Roly was general manager of Rideau Carleton Raceway for nine years while maintaining his skills as a vet. He also bred and raced standardbreds and his Armstead Farms campaigned several noteworthy horses over the years, including Armstead Jim, Armstead Don, What A Splurge, Evensong Blue and Wendys Joker. Armstead Jim won over $200,000. One of his wins came in the 1979 Jockey Club Maturity. Armstead Don was Canada’s three-year-old colt trotter of the year in 1976 and winner of the Simcoe Futurity. What A Splurge was an Ontario Sires Stakes performer, winning more than $70,000. Wendys Joker allowed Armitage to introduce a whole group of new people to harness racing by selling shares in her. She retired with earnings over $300,000.

In 1990 he left Rideau Carleton for the political arena and ran for the Liberal Party. Roly won the nomination but lost by 324 votes to Norm Sterling in the federal election. He was elected mayor of West Carleton for a three-year term from 1991-1994 and was the track vet at Connaught Park from 1954 – 1974. Dr. Armitage’s natural and infectious enthusiasm for the sport has made him a valuable ambassador for Canadian harness racing. 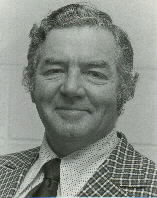