Perhaps more than any other individual Eric Whebby exhibited the most influence on harness racing in Atlantic Canada. Over a period of five decades, the late Dartmouth, Nova Scotian, touched many facets of the industry, starting with the most powerful racing stable in the Maritimes, which also left its mark on other racing jurisdictions in both Canada and the United States. It was said that he “loved to win and he challenged others to buy better horses if they were going to beat him. He was very competitive.” Andys Son, which Whebby purchased at the Ohio sales, won 31 races as a three-year-old, tops in North America that year and produced the first 2:00 mile in the Maritimes. Andy’s Son gave the Whebby Stable some of its biggest moments. It is the only horse ever to win the Gold Cup and Saucer on three occasions, winning in 1965 and 1966 and again as an aged horse in the 1971 classic. Another of his outstanding horses was Waveore, who ushered in the era of the 1:55 mile when he captured the $50,000 Monctonian in 1:54.2 at the now defunct Champlain Raceway. Waveore’s thrilling victory against the heavily favored Boomer Drummond was considered one of the most exciting races ever witnessed in the region. Waveore went on to win a $60,000 invitational in Quebec City. A severe coffin-bone injury at Yonkers Raceway ended his racing career. Sherwood Abe was another stable star, setting a track record at Freehold Raceway and winning an $85,000 race at Michigan.

Among the other Whebby stable standouts are Quick Baron, who became the first horse to win a race at The Meadowlands, Miraculous Moment, who captured the Gaines Pace, Dianna Royce, Amortizer Director, Amberjack and Barons Image. Whebby is the founder of the Jollity Horsemen’s Club, which took over the operations of Truro Raceway in the 1950s when it appeared the Nova Scotia track would close. An event is held each year in his honor. On September 10, 1997, Eric Whebby passed away at the age of 86. 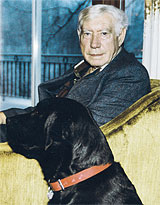