More often than not playing the percentages has been the key to success in harness racing, and no one played that game better than Dr. John Findley. This Ottawa Valley native of Arnprior, Ont., enjoyed an auspicious career that spanned four decades as a breeder, trainer/driver and veterinarian. Clearly one of the highlights of his professional life came in 1975 when he emerged as the leading percentage driver in North America. He also captured 13 different driving titles at various racetracks during his career. While his purse winning of $2.4 million and his 1,300 career victories may pale in comparison to more contemporary figures, the fiercely competitive Dr. Findley’s accomplishments left him well placed among other horsemen of his era. 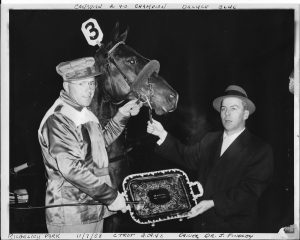 Under the name of Madawaska Farms, Dr. Findley bred and raced a number of memorable performers over the years. Among the most notables that bore his green, red and white colors were free-for-all pacer Canny Choice, a winner of $283,000, the flashy trotter The Black Douglas, who banked $273,000 before being exported to Holland, and the $234,000 winning Moon Magic. Dalyce Blue was Dr. Findley’s favorite horse, having won all of her stake events as a two and three-year-old and was named Canadian Two-Year-Old Filly Trotter of the Year. She was the first Canadian bred to beat 2:10 as a two-year-old and 2:05 as a three-year-old. She later would produce the fine performer The Black Douglas.

It is doubtful that back in 1939, when Dr. Findley won his first race at the age of 13 at the Arnprior Fair, those in attendance would have predicted they were watching the beginning of a wonderful career which would be capped by induction into the Hall of Fame. 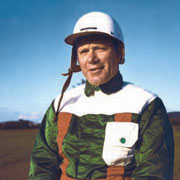