At an age when most jockeys are at the peak of their careers, 25-year old Herb Lindberg was finally given the opportunity to ride in the afternoons instead of exercising horses each morning for the powerful Brookmeade Stable of Virginia.

During the 1935 winter racing season in Florida, Edward Seagram, whose father Joseph Seagram had dominated Canadian racing in the 1890s and the first three decades of the 20th century, purchased the contract of the apprentice rider who had ridden briefly in 1934. “Lindy” welcomed the opportunity to join the Seagram stable, for it allowed him to escape a contract which paid him just $25 a week.

Seagram’s trainer, Johnny Thorpe, soon learned that Lindberg rode more like a seasoned veteran than an apprentice. A natural lightweight, Lindberg was handed the riding chores on Sally Fuller in the 1935 King’s Plate at Woodbine Park. The undistinguished filly had a career bankroll of just $50, which she’d earned in a $1,500 claiming race. Lindberg’s instructions were to set up Gay Sympathy, the better half of the Seagram entry. But under 108 pounds, Sally Fuller took the lead early and won easily. Lindberg also won the King Edward Gold Cup that year on Seagram’s great mare Shady Well.

Lindberg’s career took off dramatically in the 1940s when he went to New York to ride against the top jockeys – Johnny Longden, Eddie Arcaro, Ted Atkinson and George Woolf. “Lindy” rode from 1934 to 1958, winning more than 1,300 races and 150 stakes races. His greatest afternoon occurred on Sept. 26, 1942, at Belmont Park when his mounts, Bolingbroke and Good Morning, each set track records while winning the Manhattan Handicap and the Matron Stakes, respectively.

Bolingbroke’s victim that afternoon was the immortal Whirlaway. Lindberg also won the Harmonicon Highweight Handicap that day. The Swedish-born rider, who immigrated to Canada in 1919 at age nine, won most of the major races in New York, including the prestigious Whitney Stakes twice, on Bolingbroke and Trymenow, defeating two of the greats – Princequillo and Stymie. “Stymie was the best horse I ever rode, but I only rode him once”.

In Canada he won numerous stakes on champions King Maple, Casa Camara and Windfields. “Lindy” was still winning stakes race at New Woodbine in the late 1950s. Several years later, his son Gunnar won the Autumn, Duchess, Vigil and King Edward Gold Cup, races he’d won earlier in his career. Lindberg retired at age 49. He was riding at Golden Gate in California in 1958 when he received an offer to work in the racing secretary’s office on the OJC circuit. For several years the dapper Lindberg divided his time between the secretary’s office and in the patrol judges’ tower in the afternoons. 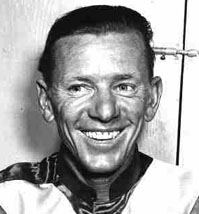