John Hayes was one of the most multi-dimensional individuals the sport has ever produced. As a breeder, owner, trainer, driver and administrator, he did it all. From a competitive standpoint he excelled at a level many can only aspire to. Born in Oshawa, Ont., in 1917, he returned from World War II to tend to the family cattle farm. He bought his first horse, Danny Rocket, in the mid 1950s and raced him in Montreal. Hayes gradually bought more harness horses and fewer heifers, apparently to the surprise of the local bank manager, who was under the impression the loans were to buy cattle, not horses. (It apparently was a practice of many horse-men several decades ago.) In the late 1950s he began to race fulltime in Montreal, wintering each year back home in Oshawa. When night racing came to Ontario he concentrated his base of operation in his home province. 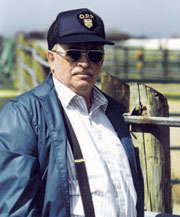 As an owner, trainer, driver his list of credits reads like a “Who’s Who” in racing. They include Sharp N Smart, Keystone Pat, Oil Strike, Tyrant, League Leader, Alley Fighter, Conquered, Commander Dell, Luxury, Legal Notice and the highlight of his career, Hall of Fame inductee, Strike Out, winner of the 1972 Little Brown Jug, making Hayes the first Canadian trainer to win the Jug, and other major classic races that year.

Hayes, who died at age 79 in December, 1998, was active in ensuring the sport had a healthy infrastructure within which to operate. He was a founding member of the United Harness Horsemen’s Association of Quebec in the 1950s, and an active member of the Ontario Harness Horsemen’s Association in its formative years. A long time director of the Canadian Trotting Association, he served as its president for 10 years. Among the many advances made during his tenure and the one of which he was proudest, was the computerization of the CTA’s record keeping service and the changeover to electronic eligibility. Hayes also served as the vice-chair-man of the Ontario Racing Commission. His son Dr. John Jr., a veterinarian, followed in is dad’s footsteps, as an outstanding driver and trainer with more than 1,000 wins and $10 million in earnings while driving Conquered, Legal Notice and Touch of Pleasure. 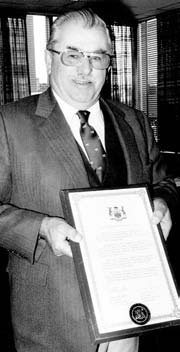