Hy Class Minbar, a native son of British Columbia, in 1988 became the first Canadian-sired standardbred to earn $1 million during a prolific racing career that began in 1984 and that took him to more than 30 racetracks across North America. A son of Hy Minbar, out of Chilco Tar, the brown horse was bred by Al Bowman of Vernon, N.Y., who later shared the ownership with John Simone and John Jones. He surpassed the $1 million pinnacle in 1988 at Rideau Carleton Raceway in Hull, Que.

During his travels Hy Class Minbar, with driver-trainer Bowman in the bike, compiled an impressive array of credentials while registering 57 wins. His stakes victories included the Stewart Fraser Memorial Pacing Championship at Northlands Park, Edmonton, in 1986, where he set his 3-year-old mark of 1:54.2. A week earlier he captured the Manitoba Pacing Championship at Winnipeg’s Assiniboia Downs. Other stakes wins came in the Des Smith Classic, two editions of the Quebec Grand Prix, the B.C. Pacing Classic, Western Pacing Derby and a heat of the Confederation Cup at Flamboro Raceway. While earning such accomplishments, Hy Class Minbar faced many of the top pacers in North America.

A true “Iron Horse”, Hy Class Minbar added to his win totals a 1:52.4 race mark on a mile track, which tied him at that time as co-holder of the record for the fastest Canadian-sired pacer. 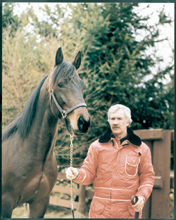