Mention the name Giguere and the sport of harness racing immediately comes to mind. For more than forty years Jules Giguere played a major role in fashioning that image. In his auspicious career, Giguere participated in all facets of harness racing, from training, driving and owning, to being a racing official. He served as a judge for the Canadian Trotting Association for a span of ten years. He hailed from a racing family. Giguere’s father, Pierre, raced horses in Quebec during the 1920s while his brother George was well known in racing circles, serving in a number of prominent capacities.

Born February, 1913, in Quebec City, Jules was one of 13 children. Horses were his first love and at the age of 16 he took his first official drive at Hippodrome de Quebec. One of his earliest recollections was of trainer Jack Nevin, for whom he worked for in the 1930s. During that period they raced the converted pacer Zambo McKlyo, who won seventeen consecutive races. From there Giguere worked with Rosaire Renaud, and then for 22 years exclusively for Joe Cauchan and Roland Lacroix, which presented the opportunity to drive such horses as Time Table, Saratoga, Great Adios and H B Chief.

Through the 1930’s he was a familiar figure at Toronto’s Dufferin Park winter racing meets against the likes of future Hall of Fame inductees Cliff Chapman Sr., Keith Waples and Harold McKinley. In 1940 he based his stable in Quebec City until he retired from racing in 1965. Over the years he earned a reputation of being a complete horseman and was widely acknowledged as one of the best of his era. His accomplishments were many and included the 1944 victory in the Monctonian Stake with Time Table, the Trans Canada Pace with Great Adios and H B Chief, who set a world record for 9/16th of a mile. On eight occasions he won five races on a single program and numerous driving titles. The record book shows that he won some 1,000 races. Proceeded into the Hall of Fame by brother Georges, Jules ensured the Giguere name will live on through his sons, Guy, Robert, Michel and Yvon, who became actively involved in racing. Jules Giguere took great pride in his horsemanship. He devoted a lifetime to this sport. He died suddenly in 1986. 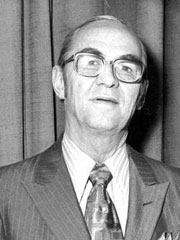