Among the numerous accomplishments Jack Graham could probably lay claim to is that he bought and imported more standardbred horses from the U. S. to Canada than any other horseman. Throughout the late 1970s and 1980s, Graham was a familiar sight at horse sales across North America. By his own recollection, he does not know how many he acquired, but the figure would be well into the hundreds. A native of Manitoba, the former car dealer, tack shop owner and ex-army captain made his first venture into racing in 1965 with the purchase of Nellie Adios, and then later her daughter Reeds Phalla. That bloodline produced the winners of over $1 million, including Hall of Fame pacer BC Count, winner of $535,023. 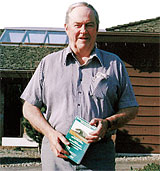 In 1973 he made arguably the greatest buy of the decade, Invincible Shadow, a pacing colt from legendary horseman and Hall of Fame great Joe O’Brien. Purchased as a yearling for $16,000, the colt in four starts as a two and three-year old, did not return a nickel on O’Brien’s investment. Trainer and driver Jim Miller, a native of British Columbia, who was acting as an agent for Graham, bought the colt for $5,500 at an auction at Hollywood Park in 1973. Graham wanted the horse to serve his broodmares at his B. C. farm in the Fraser Valley. But later decided to race Invincible Shadow and give the horse a mark of around 2:05. He knew that a 2:05 pacer standing in B.C. would be impressive.

The rest is history. Invincible Shadow went on to become a world champion and earn more than $250,000 with a mark of 1:56.1f. He was voted the United States Trotting Association Aged Pacer of the Year in 1973. Upon the retirement of Invincible Shadow, Graham went into the breeding business in Aldergrove, but in 1977 shifted to the Ontario market. Over the next 11 years, Graham offered Ontario breeders a wide assortment of stallions which included Invincible Shadow, Dream Maker, Melvins Strike, Major Force, Kawartha Skipper, Brisco Hanover and River Captain. It was at a horse sale that Jack felt most at home though and some of his crafty purchases are almost legendary. That list included Michaels Glory, Goodbye Again, Port Stanley, Romola Lobell and Pharo. 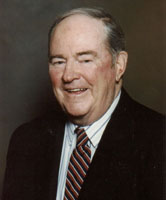