Jack Kopas was involved in the sport since 1942. The native of Lumsden, Sask., who was born in 1928, decided very early in life he wanted to be a horseman. In fact, he celebrated his sixteenth birthday as a groom on the backstretch of New York’s Roosevelt Raceway. Like most of the greats, Jack spent his share of time apprenticing. Perhaps the most influential time he spent was with the legendary Hall of Fame inductee Clint Hodgins. In 1958, Kopas and his wife, Alice, set up shop on their own. They moved their operation to Trois Rivières, Que., where they operated a public stable for several years before moving to Ontario, where they established their home and a stable just north of London in Ilderton.

The first horse to make the Kopas name a household word was Super Wave, the free-for-all pacer he campaigned for owner Dr. George Boyce of London. Super Wave, a son of Shadow Wave, was inducted into the Hall of Fame in 2002. At age five Super Wave hit the pinnacle of his career when he was acclaimed as the fastest and richest older pacer in North America. He was the Canadian Trotting Association’s Horse of the Year and the USTA’s Older Pacer of the Year. The colt was a stakes winner at ages two through five and was the CTA’s champion three-year-old of 1969. Kopas soon gained the reputation as the developer of outstanding horses. A listing of Kopas trained horses reads like a page from the performances of the racing elite. In the 1966/1967 season, Jack toured North America with the triple-threat trio of Jade Prince, Super Clint and Nat Lobell. Other stars such as Springfield, Roses Are Red, Areba Areba and Savilla Lobell are just a few that were developed by Kopas. 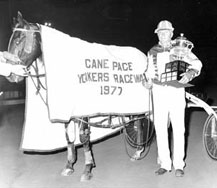 Jack is a two-time Canadian Horseman of the Year, taking home the honours in both 1969 and 1976. He retired following the 1991 season. The future of the Kopas stable, however, and its familiar green and white colours are well in hand. Assisting their father were his sons, John and Roger, who was developing into a top ranked trainer in his own right with world champion filly Keystone Wallis. John, who has been training at Woodbine since 1990, had considerable success on the OJC/Woodbine Entertainment circuit. 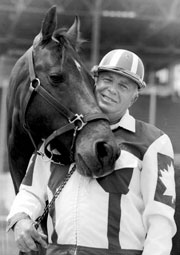