William (Buddy) Gilmour was described by many of his peers as the best driver in the sport. His abilities were held in the highest regard by both his competitors and fans. Born in Lucan, Ont., in 1932, Buddy along with his three other driving brothers, gravitated to the sport at an early age. His formative years were spent under the tutelage of the Hall of Fame’s legendary Clint Hodgins. Gilmour struck out on his own in the early 1950s and won his first race of his career at Toronto’s Dufferin Park in 1952. His win record of 5,222 wins and over $40 million in purse earnings signify that he indeed ranked as one of the best. He recorded $1 million plus seasons fifteen times during his career, a mark which at one time put him fourth in this category. Gilmour was fortunate to have teamed with some of the sport’s best horses over the years. On The Road Again, Follow My Star, Steinam, Joie de Vie, Mirror Image and Millers Scout all benefited from his fine touch. 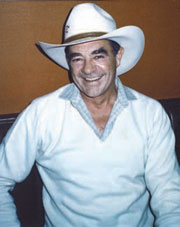 Buddy was always very modest about his many successes. “It’s just something you have a feeling for, I guess,” he explained. “There’s a communication with the horse that’s hard to explain”. That soft touch is vividly apparent to anyone who has watched him in action. His rocking/pushing action in the stretch, rather than an all out slashing, as often stated, a thing of beauty to watch. Of his many highlights, Gilmour said 1984 and 1985 held a special place in his heart. Those were the years he and On The Road Again teamed up to become an almost unbeatable combination. The colt was Canada’s Horse of the Year both seasons. He was the USTA’s Three-Year-Old Pacing Colt champion and Aged Pacing Horse of the year in 1985. OTRA during his career with Gilmour in the bike won the Cane, Messenger, Confederation Cup, Western Canada Pacing Derby, New Jersey Classic, Nat Christie and Provincial Cup, Canadian Pacing Derby and the World Cup Pacing Championship. “He was the best I ever drove, without question,” Gilmour said. “He danced every dance. He didn’t dodge anybody. He raced on all size tracks and at all the distances, plus he was an absolute joy to drive. I’ll never have another horse like him.”

In 1992, at the age of 60, Gilmour formally retired, although he would continue to drive periodically in special events until 2003. During and after his career, spanning forty tremendous years, Gilmour always contended the same thing about his chosen profession. “It’s been a great life and I can honestly say I never felt like I was going to work one single day.” 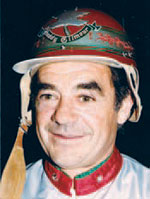