Little did Elmira’s Albert Seiling realize how prophetic he would be when Bardot Hanover won her first race and he said to Don, his son and co-owner, “She’s a world champion.” Not only did the filly go on to be named “Horse of the Year” in 1969 as a 2-year-old, but she went on to become a champion producer as a broodmare following her 3-year-old campaign. Bardot Hanover was by the legendary sire Tar Heel and out of the Adios mare Barbet Hanover. 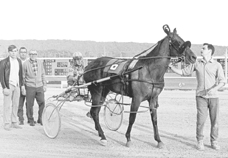 She recorded a race mark of 2:00 as a 2-year-old when she won eight races and was second in six of her other 15 starts. Bardot’s driver in most of her races was Hall of Fame driver/ trainer Keith Waples. Her stakes performances included wins in the Hanover Filly, Batavia Downs Filly and heats of the Debutante and Almahurst Farms; seconds in the Battle of Saratoga, Miss Vera Bars and Parshall Memorial Futurity and a third in the Belle Acton. At three, Bardot Hanover had six wins in 21 starts. She again won the Batavia Downs Filly Stakes along with the Battle of Saratoga, Constance Scott, Hanover Filly, Pennsylvania Sires at Liberty Bell and a heat of the Ladyship Stakes.

But it was her record as a broodmare where she excelled even more. Her 10 foals included nine winners listed in black type that amassed $1.3 million and included five pacers with record of 1:57 or faster, including Bartross ($333,000) and Alberts Sharp ($324,000), named for breeder Albert Seiling, who was killed in a traffic accident before the colt was born. Other top offspring were Cadillac, General Star, who had a mark of 1:54.3, and King Star. Bardot Hanover died in 1985, but Don retained all three of her daughters, who produced talented performers Casino Earl, Hunterstown, Townskip, Laagyard, Hidden Beauty and Raisealittlehell. 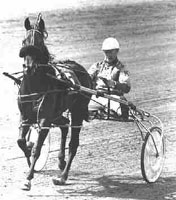