Bill O’Donnell, a native of Springhill, N.S. was born into harness racing. With his parents being longtime fixtures of racing in the Maritimes, it was only natural that Bill would gravitate towards the sport too. Born in 1948, O’Donnell after graduation from high school journeyed to New England where he worked for Jim Doherty who was inducted to the CHRHF in 2018.  In 1979 he moved on to Saratoga, N.Y., where he took horsemen by storm, setting a record for most winners at one track in a single season with 279 wins. Nicknamed “Magic” for his innate ability to get the most from his horses, O’Donnell’s talent was in constant demand. To attest to this, U.S. Hall of Fame driving great, Bill Haughton, took himself off world champion Nihilator so that he could have the “Magic Man” drive the precocious freshman pacer.

In 1984 O’Donnell took his “Magic” show to The Meadowlands in New Jersey and the Grand Circuit. En route to being named Harness Tracks of America’s “Driver of the Year” in 1984 with record setting earnings of $9,059,184 for a single season, O’Donnell confirmed himself as one of the sport’s all-time premier drivers. In August of that year, O’Donnell experienced his single greatest day in the business. In the morning he set a world record while driving trotting filly Fancy Crown at Springfield, Illinois. She later earned Horse of the Year honors that season. He then flew to New Jersey where he won the Woodrow Wilson with Nihilator for a purse of $2.16 million, which at the time was the richest payout in harness racing history. The following year he became the sport’s first $10 million man while driving both Nihilator and three-year-old champion colt trotter Prakas to single-season money-winning records. Prakas won The Hambletonian. Nihilator was Horse of the Year. The brilliant son of Niatross won 23 of 25 starts, capturing every major stake offered and setting a then world record of 1:49.3 score at The Meadowlands.

O’Donnell earned the reputation of excelling with trotters, even though he drove the fastest pacer ever – Cambest – in a1:46.1 time trial in 1993. “It’s too tough driving three or four horses a week and competing against drivers who drive eight or 10 a night. You can’t stay sharp doing that. I should know, I did it for years,” said the 52-year-old O’Donnell in an interview in The Canadian Sportsman in 1999. “For now I’ll drive a couple of trotters I have and put someone else up to drive in the pacing races. It’s a young man’s game out there for pacers.”

Among the numerous horse of the year or divisional champions that O’Donnell steered to victory are Little Brown Jug and Cane Pace champion Barberry Spur; Governor’s Cup and Presidential Pace winner Redskin; Camtastic, Valley Victory, Sweet Reflection, Cayster, Delinquent Account and Canadian Pacing Derby winners Artsplace and Staying Together, who also won the Breeders Crown. During his career he drove over 5,700 winners with earnings of surpassing $99 million and trained another 119 winners. After 25 years racing in the U.S., O’Donnell returned home to his Canadian roots in 2001 to resume his driving career north of the border, building a house and establishing a farm near Acton, Ont. He also began to train a small stable of horses. For all the spectacular things he accomplished on the track, Bill O’Donnell will forever be known as one of the best there ever was. He is also a member of the U.S. Hall of Fame at Goshen, N.Y.

Bill O’Donnell retired from driving in 2017, but continues to contribute to the raising industry as President of the Central Ontario Standardbred Association, representing the horsemen at Woodbine Mohawk Park. 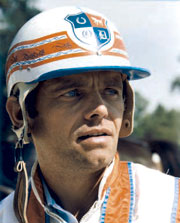