Any list of Canadian harness racing legends would not be complete without the name of Ronald T. (Ron) Waples. Inducted into the Harness Racing Museum and Hall of Fame at Goshen, N.Y., in 1993, Waples owns a racing resume that is perhaps unparalleled in the history of the standardbred sport. Take a look at the chronicles of the classics contested in both the United States and Canada, and it is difficult to find an event that this driver has not captured. The Little Brown Jug, The Hambletonian, Cane, Messenger, nine Breeders Crown victories, Meadowlands Pace, The Historic Acorn, Maple Leaf Trot, Kentucky Futurity, Jugette, Hambletonian Oaks, Woodrow Wilson, Canadian Pacing Derby, Prix d’Éte and the North America Cup are some of the majors. The list seems to have no end of stakes races that his name is not attached to.

And then there are the champion pacers and trotters, some of which are in both the Canadian and American Halls of Fame that Waples guided. Let’s begin with Ralph Hanover, a horse he co-owned, who won the 1983 Pacing Triple Crown and set a single-season earnings record of $1.7 million. And there’s No Sex Please, owned and trained by Waples’ son, Ron Jr. The gelding won the Maple Leaf Trot on three occasions and also was a two-time winner of the Breeders Crown, setting two world records in 1990. He won 18 races that season. A partial list of the horses that helped propel Waples to the countless honors he has received would be headed by Presidential Ball, Dream Maker, Village Jiffy, Armbro Dallas, Sugarcane Hanover, Park Avenue Joe, Fake Left, Sportsmaster, Oaklea Count, Delphi’s Lobell and in recent years JM Vangogh and Lockkeeper, both trotters, which earned Waples’ a reputation as a superior horseman with trotters. 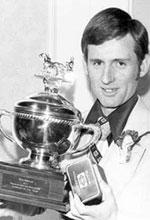 CTA Horseman of The
Year Winner

In the midst of his multiple award-winning 20-year career on The Ontario Jockey Club circuit, Waples moved to The Meadowlands in1985, where he stayed until 1996. He earned more than $18 million at the famed New Jersey track before returning to Ontario midway through the season, immediately making his presence felt by winning more than $1 million in purse money in only five months. In 2007 he was still in the bike but concentrated on training a small stable consisting mainly of trotters. His career stats in December, 2007, showed 6,901 wins and almost $75 million in earnings. His training stats include 230 wins and $4.2 million. Randall, one of Ron’s two sons, has twice won an O’Brien Award as Canada’s leading driver.

Waples was born in Toronto on July 21, 1944, but moved to Rockwood, Ont. He spent his formative years in rural Ontario and forsook a formal education to begin his racing career under the care and tutelage of his cousin, Hall of Famer Keith Waples. In 1971 he left his cousin to start out on his own. His first win came at Sunnydale Raceway in North Bay, Ont., with Ferndale Prince. One of his first purchases, Caroldon’s Knight, certainly confirmed Ron’s pending knowledge and expertise in his chosen field. Purchased for $12,000, the horse went on to earn over $200,000. In 1984 Ron recorded over 300 wins for the eighth year in a row, while his seasonal earnings topped $2 million for the fifth year in a row. Waples, noted for his dry wit, described his career eloquently when he said, “I’m making a living at something I love. You’re only one win away from happiness at all times.” 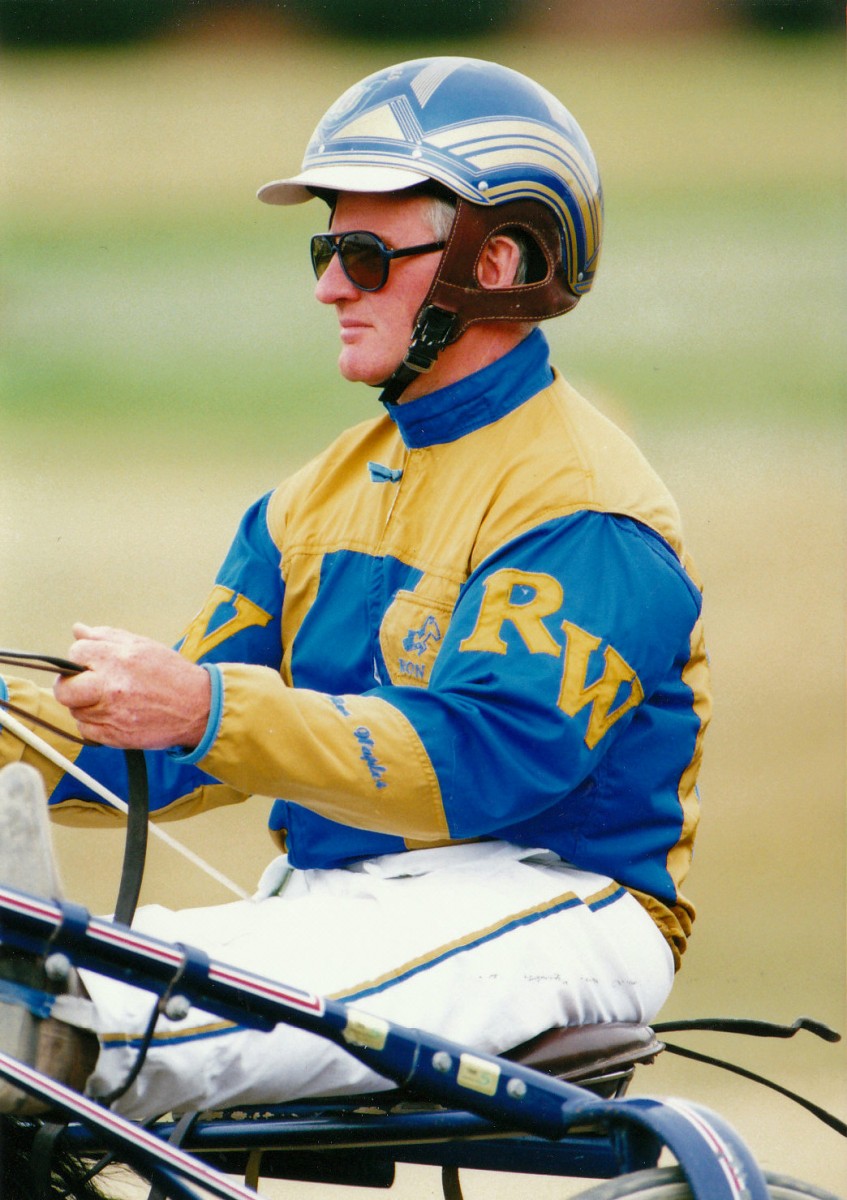