Langcrest was an outstanding stakes-winning colt by Nearctic who had the misfortune of being foaled in 1961, the same year that another son of Nearctic arrived to pursue greatness – Northern Dancer. They met only once on the track, in the 1964 Queen’s Plate, a race the Dancer won by 7 1/2 lengths.

Sent off at 57-to-1 odds, Langcrest’s trainer Ted Mann and jockey Sam McComb decided that their only chance against the Kentucky Derby winner would be to take the offense and go for the lead instead of taking a wait-and-see approach. The chart by the Daily Racing Form noted: “Langcrest, under light restraint while pressing the issue, attained a narrow advantage midway of the backstretch and continued gamely when displaced (by Northern Dancer) to be easily best of the others.”

Langcrest, however, enjoyed a successful career. He won twice at age two and at three set a 10-furlong track record in the Manitoba Derby, winning by 14 lengths. He also scored stakes wins in the Achievement Handicap and the Kingarvie Stakes, which pitted him against older horses, including Triple Crown winner and Horse of the Year Canebora. At four he won the Canadian Maturity on the turf, Durham Cup, Canadian Handicap and Kingarvie. His career record showed 15 wins in 36 starts at distances from 4 1/2 furlongs to 1 1/4 miles on the dirt and turf.

Langcrest was owned and bred by Sydney J. (Jim) Langill of Montreal, who was inducted into the Hall of Fame in 1977. He was Chairman of the Board of Blue Bonnets and also president of the Mount Royal Jockey Club. Langcrest was foaled at his farm in Quebec and was out of Peerless Mary, a mare Langill purchased for $1,900 at the Keeneland Fall Sales. Langcrest retired for stud duties in 1966. 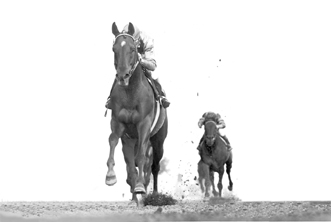