In 1954 Andrew Perry of Summerside, P.E.I., paid $250 for an unproven 5-year-old trotter who developed into a free-for-all pacer during a long and tough career in which he faced the best aged pacers in North America in 1950s and early 1960s. His name was Bay State Pat, and there was hardly a track from the Maritimes to Quebec and New York that this horse by Volstadt-Elizabeth Worthy did not add a victory to his career total.

By the time his career ended in 1963 at the mandatory age of 14, the reformed trotter had compiled 77 wins and 63 second or third place finishes in 272 starts. Lightly raced at three and unraced at four, Bay State Pat flourished at five when he was moved to the stable James (Roach) McGregor, whose training expertise made him a legend in P.E.I. It was McGregor who converted Bay State Pat to a pacer. With McGregor in the bike, the gelding’s career soared in the 1954 season, winning 11 races while competing at Summerside and Quebec City. The 1955 season in the free-for-all ranks was greater as he registered 21 wins in 36 starts during stops in the Maritimes and Montreal’s Richelieu Park and Blue Bonnets. Later in 1955 he was sold to Jacques Beaudoin of Montreal.

Between 1956 and the 1960s, when 10 of his victories came in claiming ranks, Bay State Pat’s season schedule would usually begin at Roosevelt and Yonkers, where he would face top free-for-all and junior free-for-all foes Dotties Pick, Queens Adios, Diamond Hal and Adios Harry, then back to Montreal before ending the season in New York. His big wins in Quebec were the Quebec Pacing Derby and Trois-Rivieres Pacing Derby. He also won the Canada Pace at Richelieu Park. The temptation to claim this gallant veteran in his final seasons was discouraged by his pending retirement. Bay State Pat made between 23 and 36 starts every year from age five to his retirement, winning 28% of his 271 career starts. Not bad for a one-time unproven $250 gelding. 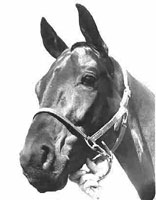