known as Hippodrome de Montreal. He started working at Richelieu Park in 1954 and eventually became president of Richelieu Raceway. During that period, he also served as president of Racetracks of Canada. During his tenure at Blue Bonnets and Richelieu Park, horse racing developed and prospered tremendously and there is little doubt that he, more than any other administrative person, was directly responsible for this success. He headed the Montreal track from 1970 through 1973, before moving on to other assignments including the post of executive vice-president of Quebecor, North America’s largest printing firm.

Lemay was also involved in numerous sporting and social activities, including his presidency of the “World Cycling Championship”, hosted in Montreal in 1975. His affiliation with other amateur sports organizations reflected favorably on his position as president of Blue Bonnets, which was viewed as the Grand Circuit destination in Canada with such events as the Prix d’Ete and the Prix de l’Avenir, major races for two and three-year-olds in North America.

Past President of Canada Steamship Lines, Raymond Lemay will always be considered a pioneer of standardbred racing and one of the greatest movers and shakers in Quebec. 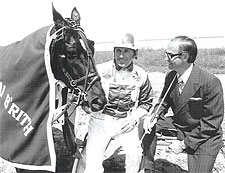 In 1999 Lemay was named honorary chairman of Hippodrome de Montreal’s Trot Mondial, the premier race for older trotters which annually has drawn international starters. As of 2001 he was still active as a director on the Board of SONACC (Societe nationale du cheval de course), the agency responsible for breeding and racing in Quebec. 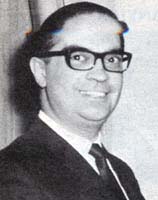