Although as Canadian as the maple leaf, Del MacTavish was actually born in the United States. Just before Del was due to make his arrival into the world, his mother, Margaret, crossed the border to Boston, where her sister was a registered nurse. Thus one of Canada’s top harness horsemen was an American citizen. MacTavish was born March 7, 1912, and was still active at the time of his induction 70 years later. In the winter month she could be found training at Spring Garden Ranch in Florida, and in the summer was at Saratoga, where he helped son Del Jr., and occasionally climbed into the sulky to compete with his younger peers.

A man of the soil all his life, he was brought upon his father’s farm in Harrington, Que., a small town near Lachute. Most of his home life centered around the 209-acre farm he owned in Lachute, where he raised beef cattle and boarded his horses. Del and Florence, his wife of 46 years, sold the farm in 1978, and had two homes, one in Lachute and the other in De Leon Springs, Florida. He drove his first race in 1940 at the Lachute Fair, finishing in 2:09 with trotter Lee Todd. By 1942 he was driving a few of his own and catch-driving for other owners. In 1945 he campaigned at Saratoga, N.Y., and his career was underway. Then it was off to the big time, in 1948 at Roosevelt and in 1950 at Yonkers. From then until 1957, he drove at both New York tracks and trained in Florida in the off-season. 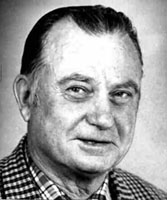 After playing his part in promoting night harness racing at Roosevelt and Yonkers, he returned to Canada to race at Blue Bonnets and Richelieu Park in Montreal. His arrival in Quebec coincided with the beginnings of the Canadian Juvenile Circuit, a series founded by Georges Giguere to encourage owners to buy and develop young horses, and thus another phase of his career was born. After earning a reputation in the U.S. for patching up sore horses and handling hard to manage ones, MacTavish now turned his talent to developing colts. He trained and raced such outstanding youngsters as Dares Direct, Uncle Duck, Country Don, Wil Diamond, Byron Dares, Wilmingtons Star, Direct Approach, Otaro Hanover, Thunder Almahurst, Rockwell Hanover and Shreik. Montreal fans in the 1960s will long remember the many exciting duels between Dares Direct and Roger White’s Sir Winston Pick. In his three-year-old campaign Dares Direct competed in the Little Brown Jug, finishing third and fourth.

A Scotsman who believed in “talking softly and carrying a big stick”, MacTavish was also a fine curler. He raised five children, three boys and two girls. Two of his sons, Duncan and Del Jr., followed their father into racing. Both enjoyed success and kept the MacTavish name alive. MacTavish died October30, 1994, at Lachute, Que., at age 82. 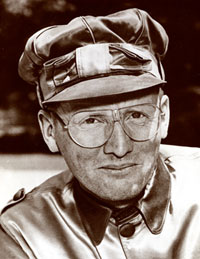