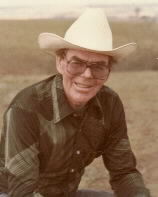 When the busy professional man bought a registered Standardbred mare as a pleasure horse in 1954, the saga of Gunnholme Farm of Lloydminster, Alta., began. He applied his analytical mind to the study of the breeding and physical development of harness horses and the economical problems of succeeding in a difficult market area. In 1976, Adios Pick, his great premier stallion, was the first Canadian sire to produce the winners of more than a million dollars in a single year. His offspring won the Western Canada Pacing Derby eight times in 17 years. The Gunn-bred Senga Swap was the first Alberta-bred horse to pace a mile in two minutes flat.

Dr. Gunn entered the “magic circle” in 1979. Seventh in the USTA list of leading breeders of winners, he became one of the outstanding breeders in North America, a remarkable feat when you consider the overwhelming odds. Located in an area remote from the major centres of breeding, he had minimum access to quality mares. As well, he did not have the support provided by an active sire stakes program. He created his own market and his own breed, and without his influence, harness racing in Western Canada could not have progressed to its present level. He passed away on July 15, 2001, at the age of 88. 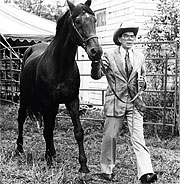