There was a time at the turn of the 20th century that Katherine Langdon Wilks and her Cruickston Park Stock Farm on Blair Road in Galt, Ont., commanded the respect of the entire harness horse world. Miss Wilks, a lady of great wealth and a member of the famous Astor family, was one of the few female racehorse owners and breeders of that time. The first woman elected into Canada’s Horse Racing Hall of Fame, she was born on the Isle of Wight in 1854 and was the daughter of Mathew Wilks, a British banker, and Eliza Astor Langdon, a granddaughter of John Jacob Astor, the wealthy fur trader and real estate magnate who owned the Waldorf Astoria Hotel. Her father purchased Cruickston Park in 1858 and when he died in 1899 she became heir to a property of 1,000 acres that she managed until her death in 1948. 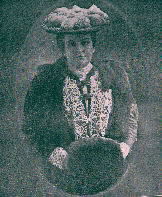 Miss Wilks was a devout horse fancier and was described by historian E. King Dodds as a “good judge of confirmation, with a keen, quick eye to detect faulty action, and a clever, fearless driver.” Together with her manager, James Wetherall, she started breeding, training and showing standardbreds. Through them she made Cruickston Park famous as far away as Kentucky. Cruickston Park Stock Farm was Canada’s largest standardbred breeding establishment and was the envy of breeders in North America. Although breeding at the time was a precarious financial undertaking, Miss Wilks enjoyed gratifying success. Her horses earned over 1,000 ribbons and 50 trophies.

In 1904 she bought the outstanding race mare Sadie’s Mac, winner of the 1903 Kentucky Futurity, for an unprecedented $15,000 then turned down an offer of $30,000. The horse outshone all rivals on the Grand Circuit, winning every stake she entered. Miss Wilks also owned Kentucky Todd, champion 2-year-old trotter of 1904. She also accumulated more horses (it was estimated that she owned up to 100 horses at one time), and bred many outstanding racehorses. A front-page pictorial in the 1905 Christmas edition of the Canadian Sportsman displayed members of her stable. Racing journalists consistently referred to Cruickston Park as the showplace of North American breeding, a farm that has done more to advance the trotting sport than any other. 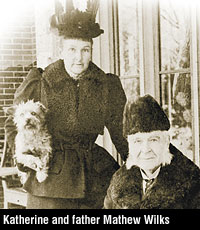