Ron Feagan set his own standards and competed against his own driving records. In 1965, six years after he obtained a license to drive standardbreds, Toronto sportswriters dubbed him “King of the Sulky”, a title which he owned until he drove his last race on December 15, 1978.

Feagan was born in Goderich, Ont., in 1942 and he grew up training and racing harness horses. His boyhood was spent with his father and grandfather as they toured Ontario, racing their stock at the small tracks and country fairs. Young Feagan was always on hand to help with all phases of the horses’ routine and the experience he gained would stay with him throughout this 21 years in the harness business. At age 16 he obtained his driver’s license and started on a career which would bring him recognition as one of the best harness horsemen in Canada.

In 1964 Feagan won 100 races and the next year more than doubled his winning ways to record 213 victories, the first Canadian driver to accomplish this feat. He kept the pace up as four consecutive 200-victory seasons rolled by with a narrow miss for the fifth in 1969. He averaged more than 200 wins a year from 1965 to 1968. In 1966 at age 24 he drove his first two minute mile, the youngest driver in Ontario to go under the two minute mark. 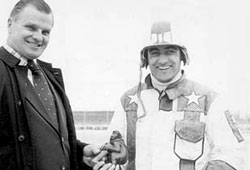 Feagan’s driving prowess brought him victories in most of the major stakes races offered by The Ontario Jockey Club. His name can be found in the win column for the Canadian Pacing Derby, the Maple Leaf Trotting Classic, the Queen City Stakes and the Milton Stakes. He partnered many good horses including H.A. Meadowland, Pride of Carlisle, Armbro Mystic, Keystone Ponder and Springfield.

Consistency in the sulky put Feagan on top in the money-earned category. In 1975 he became the first Canadian to go over the $500,000 mark in a single season. Three years later Feagan-driven horses had earned $6,645,365 in purse money. In 1968, The Ontario Jockey Club started keeping track of the leading money earners a teach meet and Ron Feagan topped that list on 24 occasions. Feagan recorded a lifetime total of 3,063 victories which placed him in the illustrious company of Joe O’Brien, Herve Filion, Bill O’Donnell, Buddy Gilmour and John Chapman, all Canadians who reached the 3,000 benchmark. The names listed are synonymous with excellence in the sport of harness racing and Feagan had the ability to drive with the best. Ron Feagan met an untimely death at age 36. His place in Canada’s Racing Hall of Fame and in the memories of horse-men and Canadian racing fans is assured. His skill in the sulky and horsemenship have seen to that. 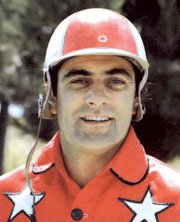