Through his contributions as a breeder, trainer, writer/author and race official, Stanley Harrison was Saskatchewan’s most distinguished builder of thoroughbred racing. Born in Yorkshire, England, in 1889, Harrison emigrated to Winnipeg, in 1902, but later settled near Fort Qu’Apelle, Sask., where he would build his famed Stockwell Stud Farm. Foals born and raised there campaigned all over Canada, the U.S., and Cuba, and as late as 1976 Harrison-breds were still racing and winning.

In 1911 Harrison bought his first horse, a mare named Delia D., whom he spotted between the shafts of a buggy on a Regina street. By 1913 he had bred his first winner at Stockwell. His first stakes winner was Vivace, winner of the Winnipeg Centennial in 1914. During the First World War (1914-1918) Harrison served with the Winnipeg Light Infantry. Captain Harrison was wounded three times in action. Years later he was still attempting to rid himself of the title Captain.

He was internationally recognized as an expert on bloodlines and imported many thoroughbreds from England. “Cap’s” articles appeared regularly in The Thoroughbred Record. It would be impossible to enumerate the number of people throughout Western Canada who were encouraged by him to enter and remain in the breeding and racing business – owners, trainers, jockeys, and even artists and writers, for Harrison was an outstanding writer, sculptor, naturalist and artist himself. In 1951 a book of his poems entitled “Gentlemen,The Horse!” was published, illustrated profusely with Harrison’s own drawings. The title comes from the last two lines of the first poem in the book: “Where’er the strong and valiant are … I give you, gentlemen, the Horse!”

Harrison was one of the founding directors of the Prairie Thoroughbred Breeders and Racing Association in 1924 and was president from 1951 through 1959. He often served as a steward at race meetings across the prairies. Confined to a wheelchair, Harrison at the age of 89 was still very much interested in racing. The Captain Stanley Harrison Stakes was run annually at Marquis Downs, and Harrison was named in April, 1978, to the Saskatchewan Sports Hall of Fame, the first person to represent racing to be honored. 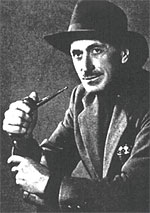