For many decades George Callbeck was known and respected throughout the Maritime Provinces for his contributions to standardbred racing as an executive, owner, breeder, trainer and driver. In 1916, he purchased his first horse and he maintained a breeding and racing stable from that time until his death in 1971. From 1920 until 1933 he served as a race secretary and also as a judge at the various tracks in Prince Edward Island. He was a judge on the first night a racing program was ever staged in Canada, June 23, 1933. This race was held at the Milligan & Morrison track at Northam, P.E.I.

In 1934 Callbeck helped organize the PEI Harness Racing Club. He served as the club’s first president and held that office for five years. He held continuous membership in the club until his death. In the late thirties he was one of five men who established The Horsemen’s Protective Association of PEI. In 1946 he purchased an interest in the Charlottetown Driving Park & Exhibition Association. He was a director until 1971, as well as serving as vice-president for a number of years.

In the breeding field he contributed greatly to the improvement of the harness horse in the Maritimes. Over the years he brought in many fine broodmares from Harrisburg, Pa., and shipped his mares to Quebec and Ontario for breeding to top stallions. Throughout his long career he trained and drove all of his own horses. In 1935, 1936 and 1937 his colt Guy Ann established two, three, and four-year-old Maritime Futurity records – a feat not to be repeated to this day! He named his stable “The Ann Stable”, from which came the Ann horses, the most famous breed in the Maritimes for many years. Callbeck is also a member of the Prince Edward Island Sports Hall of Fame. 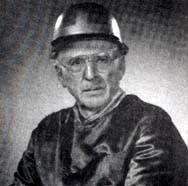