Georges Giguere was introduced to harness racing by his father, Pierre, who operated a livery stable in Quebec City and always had one or two race horses. The horses were trained at night, hitched to a sleigh for training in the winter. Giguere’s first drive was behind Bertha Gray at a fair track. He gained some local notoriety driving the gray mare and was soon in demand for catch drives. He became regular driver/trainer for Wilfrid Dupont, a St. Hyacinthe hotel keeper, and developed into one of the top catch drivers on Quebec’s fair tracks’ circuit through the 1930s.

Following a tenure in the Canadian army, Georges returned to campaign Dupont’s stable with such headliners as Saratoga and Probationer in Maine and New York. He also drove the mare Stella Hanover, who performed in the racing scenes of the movie “Home In Indiana.” In 1947 he bought Tip Abbe from the legendary Joe O’Brien, who was relocating to the U.S. Giguere ran a public stable from 1948 to 1950, campaigning horses from Toronto’s Dufferin Park to New York. He returned home and won the driving title in Quebec City with 148 wins. 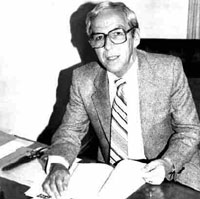 Georges returned from the U.S. determined to make Canadian harness racing big-time. He along with one of his owners, Maurice Michaud, operated Montreal’s Richelieu Park in 1951, bringing major-league racing to the Metropolis for the first time. Lights, a tote board and the pioneering of charted lines for the raceway’s program department were among his accomplishments. He handled the duties of general manager, maintenance man, stalls’ supervisor – just about everything that needed to be done at the track. He then turned his attentions to the Canadian Trotting Association, working on most of its committees for over 25 years and acting as a vice-president for 17 years. In 1976 the CTA named Giguere its Racing Executive of the Year.

His vision and perseverance were rewarded when he founded the Canadian Juvenile Circuit for pacers in 1951 as encouragement for Canadians to buy and race two-year-old pacers. That series developed some of Canada’s greatest pacers, including Hall of Famers Silent Majority, Strike Out, Armbro Nesbit and Handle With Care. Georges Giguere played a dominant role in elevating harness racing in Canada from a Sunday afternoon diversion to a major league sport. He was one of this continent’s most respected racing executives when he died at age 69. 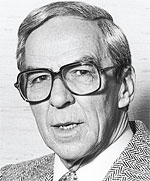