Ralph Baldwin never had any other career plans other than to become the best trainer/driver that ability would permit. He embarked on fulfilling that desire in 1933, a year before he graduated from Lloydminster (Sask.) High, with a winning effort at age 17 at Dufferin Park in Toronto. The record books prove he made the right choice as for almost 50 years he trained and drove dozens of the sport’s best performers. Baldwin served an apprenticeship with his father, a prominent horseman, and later was second trainer for him, and then for Harry Fitzpatrick, before opening his own public stable. In 1960 he became head trainer for Castleton Farm in Kentucky and was instrumental in developing world champions until retirement after the 1969 season. After resting one year (1970), Ralph became head trainer in 1971 for Arden Homestead Stable of Goshen, N.Y. During the Second World War he served as a combat infantry-man, winning the Bronze Star twice, and earning three European Theatre battle stars. 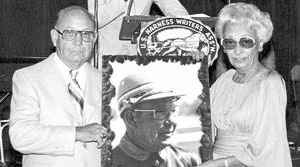 Ralph developed some of the greatest trotters and pacers of the 1960s and 1970s. Among the best and most famous was Hambletonian champion Speedy Scot, who in 1963 became just the second horse to capture trotting’s Triple Crown. The Speedster colt raced faster than any other trotter in history at that time, establishing nine world records and was voted Horse of the Year. Baldwin also won the Hambletonian with Flirth. His other top horses included the stakes and free-for-all trotter Dartmouth, the great filly trotter Carlene Hanover, Egan Hanover, Diller Hanover, Snow Speed and his trotting filly Geranium, who was almost unbeatable while earning $122,000 in New York Sires Stakes. Among his finest pacers were the successful sire Race Time, winner of the Fox, Messenger and Realization stakes, and the fabulous filly Scotch Jewel and free-for-all great Goose Bay.

Baldwin was regarded by his Grand Circuit peers as one of the sport’s finest trainers and developers of trotting speed. During his long career Baldwin picked up more than 1,120 wins and more than $5 million in purses. He won numerous major races, among them The Hambletonian, Dexter Cup, Kentucky Futurity, which he won five times, the Messenger Pace, American Trotting Championship, Realization Trot, Realization Pace, Roosevelt International Trot and the Colonial. He drove more than 50 winners in 2:00 or less. Baldwin was inducted into The Immortals of the Hall of Fame of the Trotter in 1982 at Goshen, N.Y. He died that year in Pompano Beach, Fla., at the age of 66. 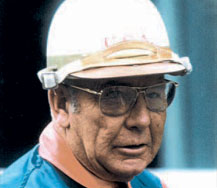