Kingarvie, an implacable individual who certainly would not have won an equine beauty contest, was a stringy chestnut gelding with a long, skinny neck and a heart as big as a cannon ball. He toiled for ten years, competing in stakes races from Canada to Florida. He ended his career in 1953 in a $2,000 claiming race in Detroit with earnings of $97,700, a record for a Canadian-bred. His remarkable career showed 169 starts, with 30 wins, 21 seconds and 27 thirds.

Owned by R.S. (Sam) McLaughlin’s Parkwood Stable of Oshawa, he won the King’s Plate in 1946 with such facility that not one of his sleek red hairs was ruffled when he tiptoed back to the winner’s circle. Sent off at odds of 1-to-2 he splashed home over a rain-drenched Woodbine track before a crowd of 30,000. Kingarvie was trained by Arthur Brent and lost his first two races at age two, but then ran together a string of ten consecutive wins, including the Coronation Futurity, Mrs. Orpen’s Cup and Saucer and the Clarendon Plate, followed by wins at age three in the Plate Trial and the King’s Plate.

Later in 1946 he placed second to Windfields in the Breeders’ Stakes before capturing the Canadian International Championship at Long Branch. At age four he won the Hallandale Handicap at Gulfstream, was second in the Tropical Park Handicap and third in Bougainvillea at Hialeah. At Woodbine that year he won the King Edward Gold Cup and finished in the money in that prestigious race for two more years. Kingarvie’s final stakes triumph came in 1950 in Montreal when he equalled the track record in capturing the Cattarinich Memorial Handicap at Blue Bonnets. 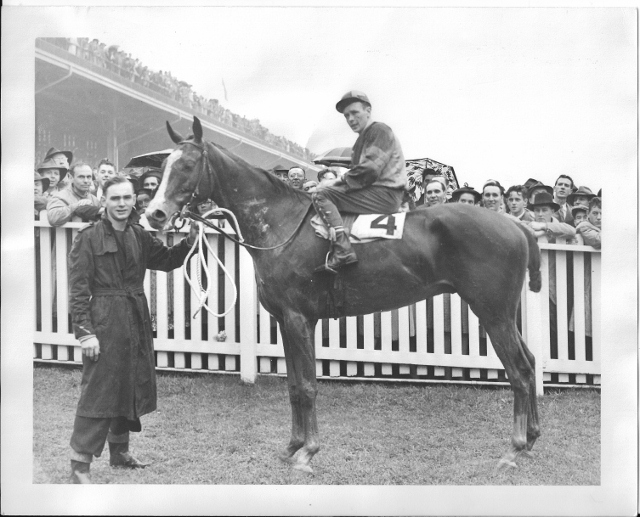