If someone gave you a 1:59 horse that would produce 72 wins, 60 seconds and 27 thirds in 217 career starts, you would have to invent ways of spending your money. But, take the same horse with the same record 75 years ago during the Great Depression and you would know why the 1930s were described as hungry. The horse was Dominion Grattan, the record was the same, but his lifetime earnings were $40,201.

Dominion Grattan was bred in 1930 by Frank Boyd of Niagara Falls and purchased by Lloyd C. Hockenbury and William H. (Bill) Herbert of that city. In his 3-year-old season in Ontario the son of Oro Grattan II raced 57 times for a 14-14-8 record, good for $1,155. The next year Dominion Grattan raced 48 times at 12 tracks in Canada and the United States, taking a 21-14-7 record for just $3,180. The horse was then sold to Paul Bowser of Boston, Mass. For the next two years he was handled by trainer-driver Tom Berry. During that period Dominion Grattan faced the best pacers on the continent, including Little Pat, Cardinal Prince, Lee Hanover, a Canadian Hall of Fame inductee in 1982, and the great Billy Direct. 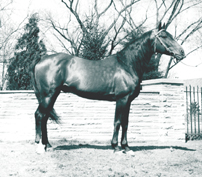