In 1946 W.L. (Lindy) Fraser of Forest, Ont., paid $500 for an undistinguished 5-year-old gelding named Dr Stanton, which he described at the time as resembling “a truck horse.” Dr Stanton later proved he could go with the best of them, overcoming attempts by his first two owners to train him as a pacer and then work him as a trotter. When that proved unsuccessful he was dealt to Fraser, who wisely decided that his best gait was on the pace, a move that enabled him to become the richest pacing gelding in the world, which wasn’t bad for “a truck horse.” Fraser drove him to earnings of $171,922. Fraser started Dr Stanton’s race career in Michigan in 1946. After finishing third in his maiden start, he won eight in a row. The next season he won 18 of 20 starts. His wins included the $10,000 Chicago Pacing Derby and the Aurora Pacing Derby. He divided the results of the Michigan Pacing Derby with Grattan McKlyo. One of Dr Stanton’s traits was his ability to go a distance in an era when virtually all harness races were held at a mile. He set a world record of 3:11.3 for a mile and one half over a half-mile track in winning the Downing Memorial Pace. He also won the two-heat Fairmount Pacing Derby, and lost the Golden West Pace, a race won by Indian Land. The result was controversial because of a starting recall that not all the drivers heard. Dr Stanton had gone three-quarters of a mile before Fraser realized a recall had been called. It prompted a special Challenge Pace, a match race in which Dr Stanton beat Indian Land by a length in world record time of 2:31 for one and a quarter miles. He came back a week later to lower the record to 2:30.2. That year, 1948, he led all pacers in earnings and set nine world records while beating the top pacers in North America. 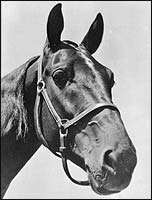 Dr Stanton’s winnings surpassed $100,000 in 1949, winning the Great Lakes Pace and a split of the Michigan Pacing Derby with The Diplomat. Two of Dr Stanton’s major Canadian victories came five days apart in the summer of 1950. On August 12 he won the $15,000 Canada Cup Pace at Thorncliffe Park by the flip of a coin. The event, the richest harness race in Canada at that time, was raced in two heats. Dr Stanton took the first heat, with Linda’s Boy fourth. Their placings were reversed in the next heat, and track officials brought out a 50-cent coin to determine a champion. The owner of Linda’s Boy called heads, and when the coin turned tails on the paddock grass, Fraser was the owner of the cup. Five days later in the Canadian Pacing Derby at New Hamburg, Dr Stanton won all three heats before a crowd of 10,000, in 2:06 2/5, 2:06 2/5 and 2:06. These miles were far off the gelding’s lifetime mark of 2:00, but, as Fraser put it, “he was just coasting at the end.”

In 1951 and ’52 his numbers diminished, winning seven races in 54 starts. One of those wins was over Good Time and Dudley Hanover. Fraser was the only man who ever raced him in his 197 starts over seven years, producing a 74-37-27 record. Dr Stanton dropped dead during a warmup mile in 1953 at the age of 12. He was buried just off the London/ Sarnia highway near the village of Warwick. The plot is marked with a monument honoring the memory of the great pacer.