Thomas C. Patteson, born into the upper class in England, was a paradox. He arrived in Canada at the age of 22, and became known as a hard-minded, outspoken businessman belying his upbringing. He was a fighter literally and figuratively, carrying brass knuckles in his jacket pocket. He was a lawyer, racehorse owner, respected newspaperman, first assistant provincial secretary in Ontario, postmaster of Toronto and founder of the Ontario Jockey Club.

“I was sitting in my room at the post office one day in 1881,” Patteson wrote, “when Joe Duggan, owner of Woodbine race course came into my room and said he had been told that nobody but I could revive racing in Toronto under respectable auspices and make a success at it. At first I refused to fall in with his wishes, but later undertook it and my plan was to make an Ontario Jockey Club and put down all nefarious practices with a strong hand, and establish such a discipline as would include owners, trainers, jockeys, and the betting fraternity.”

Patteson called a meeting of prominent racing men in the Queen’s Hotel in June, 1881, and the Ontario Jockey Club was formed with a capital of $10,000. Patteson was persuaded to take over management of Woodbine and operate it in a practical, businesslike manner. He realized that if racing were to be established on a high plane, social acceptance was essential. He envisioned the day when royalty would be present for the Queen’s Plate. Patteson and Sir Casimir Gzowski conspired to bring a member of the royal family to the races. The opportunity came in 1883 when Canada’s Governor General, the Marquis of Lorne, arrived in Toronto at the same time as the Woodbine spring meeting. Gzowski, an aide-de-camp to Queen Victoria, invited the Marquis and Marchioness to be his house guests. The Marchioness was a daughter of Queen Victoria.

The royal attendance at the Woodbine races attracted what the newspapers said was the “largest sporting crowd in Canadian history.” With this royal stamp of approval, the meetings began to attract prominent men of politics and their fashionable ladies. When the Marquis returned to England later that year, he suggested that the Queen’s Plate be permanently controlled by the OJC. Patteson, who wrote in both The Mail and The Globe under and pen name Quartz, was an authority on the breeding of thoroughbreds.

He remained with the OJC until 1894. When a racing card was cancelled because of a heavy rain storm, Patteson and William Hendrie, president of the organization, became involved in a dispute. A battle for control developed with shares in the OJC going for as high as $500, although only $30 had to be paid in advance. George Gooderham supported Patteson but backed out when it came to putting up the money. As a result, Hendrie took control, securing 52 of 92 allotted shares. From that day until his death, Sept. 21, 1907, from pneumonia, Patteson refused to enter Woodbine.

On his death, an obituary called him, “the man of the most distinct personality ever known to Toronto and probably to all of Canada.” If for nothing else, he will occasionally be recalled for an article he wrote about the 1883 royal visit to Woodbine, which he and Gzowski had so actively sought. In his article he said that, “it was unfortunate that Her Royal Highness delayed the start of the racing by being 15 minutes late.” 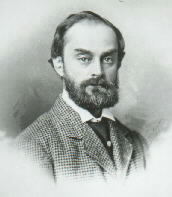